Finally got my Marathon winters installed!

So yesterday I finally had a chance to install the Schwalbe Marathon Winters that I got for my mountain bike. By now I'm used to installing tires on my mtb rims and was done pretty quickly, then came the problem with installing them back, those darn disc brakes never align properly after you remove the wheel.

The front tire was okay and after adjusting the brakes the wheels where on smoothly, what gave me a good challenge and left me cursing several times were the rear wheels. For some reason after installing the they were barely able to spin freely, like they were rubbing on something, and for sure I thought it was the brakes.

Took me half and hour fidgeting with the brake and was almost about to give up when I realized it was the brakes that was causing all this resistance, the tires were rubbing on the fenders!!! Doh moment and after raising the fenders everything went on smoothly, took it for a quick spin around the park and a couple of blocks and the noise wasn't really all that bad. Reminds me of the sound the plastic wheel on kids wagon make whenever we go to the park trail.

Schwalbe recommends that the wheels should be broken in on asphalt, however winter seems to be on full blast today so I wasn't able to ride at all, so it's the bus for me tomorrow, I'm hoping for a break in the weather sometime this week so I could finally do the 40km and ride them on the trail. 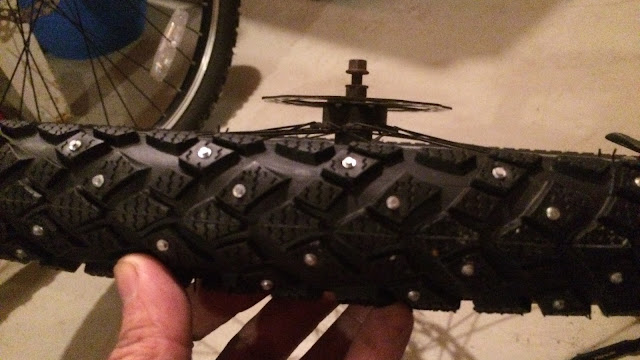 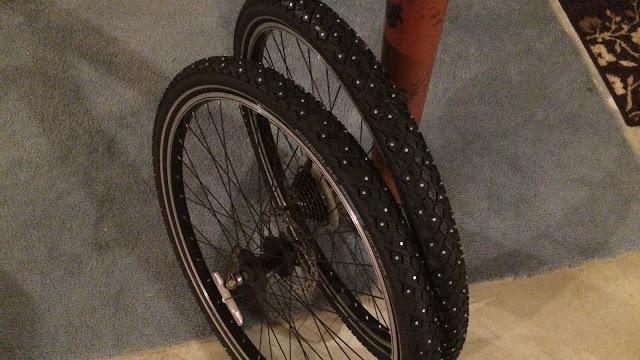