Like many I've installed and replaced many tires, the first time was hard but after that it gets easier. So when the Schwalbe Marathon HS420 that I ordered from Amazon arrived I figured I could get both tires installed in an hour or so, boy I was wrong. 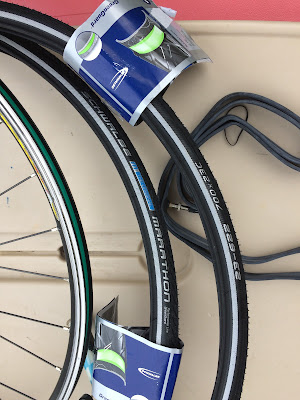 Tried to install the front one first that took most of my evening but I managed to get it installed and had a short ride, with rain looming in the horizon I decided to just install the rear one the next morning.

So this morning I got the back wheel off and attempted the task of getting the marathons on. Massaged the tire till I have a quarter ways to go and the headache started, no matter how hard I tried to massage the darn thing it wouldn't go I kept worrying about pinch flats and how I have to start over again. 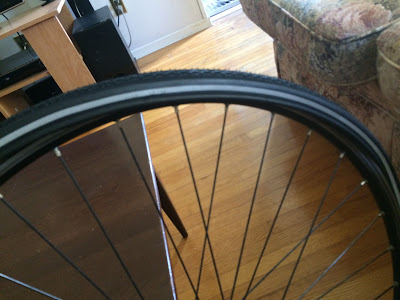 Tried using soap and lotion to try and loosen things up but still no dice. Went back to YouTube and found out I wasn't the only one having a hard time installing this particular set of tires. Saw someone else using zip ties, didn't have any of those around but I did remember I have a couple of bungee cords and thought that might work and to my amazement it did work! After wasting several hours of my morning that's all it needed, definitely gonna remember this trick. I think it actually worked better than the zip ties as I don't have to cut them off after I was done. 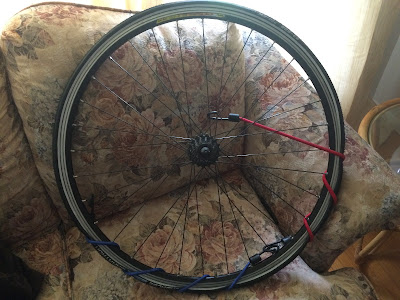